Guardian reporter in Simferopol and Shaun Walker in Moscow

134
Save for later
Oleg Zubkov was such a big supporter of the Russian seizure of Crimea that he promised to set his lions on any Ukrainian nationalists who attempted to enter the peninsula.
An eccentric businessman who built and runs the two biggest zoos in Crimea, Zubkov even named one of his Siberian tigers Referendum. It was born on 16 March 2014, the day Crimea voted to return to Russia in a hastily organised poll branded illegitimate by the international community.
Less than two years later Referendum has grown into a majestic beast, but Zubkov is in conflict with Crimea’s new Russian government and has second thoughts about Moscow’s takeover.
“Under Ukraine things here were bad, but now Russia is here things are even worse,” he said, as he drove a golf buggy around Taigan zoo, about an hour’s drive from Crimea’s capital Simferopol. The zoo is home to 70 lions, 25 tigers and a host of other exotic creatures that live in conditions which appear unusually humane and well kept by regional standards.

Taigan had 500,000 visitors in 2013, but since the new year, Zubkov has closed both it and his other zoo near Yalta. “The red tape, the corruption, the incompetence - it’s impossible to do anything here now,” he said. He has written to the Russian president, Vladimir Putin, asking him to intervene with the local Crimean authorities.
The businessman’s story reflects a broader mood in Crimea. Few of those who initially supported the annexation have any desire to reverse the move, but there is a widespread admittance that Russian rule has not been quite the panacea for the country’s ills that had been expected. 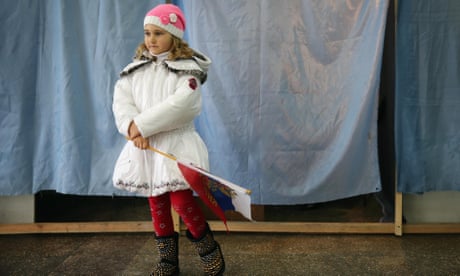 Read more
“Crimea deserves more than it has got over the past two years,” said Leonid Grach, the last communist leader of the territory before the Soviet Union collapsed. “It should have been an example region of what can be done ... instead it feels like we are Russia’s unloved stepdaughter.”
Grach said he spoke to the Russian defence minister, Sergei Shoigu, by telephone in the early days of Crimea’s annexation and was offered the role of prime minister, but that Moscow eventually settled on the Russian nationalists Sergei Aksyonov and Vladimir Konstantinov.
“The money has not gone to solve problems but has lined the pockets of the Crimean nouveaux riches,” he said.

Many express irritation with Aksyonov, who is rumoured to have past links to criminal groups – which he has denied – and who apparently went by the nickname “the goblin” in the 1990s. Formerly a marginal Russian nationalist, Moscow chose him to lead the popular uprising that gave Russia the pretext for seizing the region, and he was rewarded with the position of regional governor.
“It’s a government of goblins. In the time they’ve been in power I could have taught one of my chimpanzees to be a better politician,” said Zubkov.
Aksyonov has been through a tough time. The territory has been under severe western sanctions since its annexation, and in recent months a Ukrainian trade blockade has also been enforced. After Ukrainian activists blew up energy pipelines to Crimea in late November, it was plunged into darkness. People ate dinner by candlelight, factories shut down and even traffic lights stopped working for the first few days.
The situation is returning to normal, said Svetlana Borodulina, Crimea’s minister of energy, but the region is still about 20% under capacity and will not be fully self-sufficient until two major power plants come online in 2018. Crimea is still officially in a state of emergency, and many residents are without power for a number of hours each day. Factories have switched from all-day working to shift hours in an effort to ensure they operate outside peak times.

Borodulina said the government response was impressive, with officials sometimes working until 3am to ensure the most important facilities were supplied with generators. Others, however, have criticised the response, and Aksyonov himself railed against his subordinates in a government meeting, furious at those who had taken holidays during the state of emergency. “Achieving a result is an impossible task. I’m starting to understand Grandpa Stalin,” Aksyonov said in televised remarks.
For Zubkov, the blackout ended in tragedy, because three of his tiger cubs died of an infection after he was unable to keep them warm, and local authorities removed the generators his zoos had been given. The local prosecutor then accused Zubkov of allowing the animals to die to gain publicity and threatened a criminal case.
The businessman said the allegations were ridiculous, and accused the government of stealing money earmarked for generators to prevent a situation that many had predicted, given Crimea’s reliance on Ukrainian electricity.

Zubkov knows each of his lions by name, bounding into their cages and frolicking with them as if they were mischievous kittens. Caesar, who weighs 330kg, gets his belly tickled and his mane ruffled. A tigress is given a pat on the back and a playful tug of the tail. Zubkov can apparently find a common language with his felines, but he has a harder time doing so with Crimean officials.
“They are so in love with their image as heroes, but they did nothing. They are just bandits who were in the right place at the right time,” he said.
A new survey released earlier this month by a Russian institute claims Aksyonov still has a high approval rating and that Crimeans feel overwhelmingly optimistic about the future, but even the most pro-Russian among them admit things have not quite gone to plan.
“There is a credit of trust for three to five years, and this has been reinforced by the energy blockade. But some people are still celebrating the return of Crimea. It’s time to stop celebrating and get to work,” said Evgeny Kopatko, who worked on the survey. “If you don’t work on the problems and difficulties as well as talk about the positive things, this goodwill will quickly evaporate.”

In Sevastopol, which is home to Russia’s Black Sea fleet and has its own administrative structures that report directly to Moscow, there has been a public falling-out in the administration. Alexei Chaly, a local pro-Russian businessman who emerged as the “hero” of the annexation process, has criticised the current government led by the Kremlin-appointed Sergei Menyailo.

Those close to Chaly say he had worked tirelessly for decades to bring Sevastopol into Russia’s fold, but found himself disappointed by the current authorities and frustrated that his plans for innovative projects and strategic development were being ignored. Chaly is currently in Moscow for talks with Kremlin officials, trying to persuade them to relieve Menyailo of his duties.Aides to Chaly say he turned down Putin’s request to lead Sevastopol after annexation because he wanted to leave the job to professional politicians, but when he saw what a hash of it they were making, he soon changed his mind and stood for speaker of the local parliament. Since he took up the post in autumn 2014, he has been at loggerheads with Menyailo.
“He went there to say ‘I’m ready to work if you get rid of this idiot’,” said a pro-Chaly member of Sevastopol’s legislative assembly, who asked not to be identified. “We don’t know what the result will be. Putin doesn’t like to make decisions under pressure, and while they admire his honesty and his genuine nature, they won’t forgive him for publicly criticising the system.”

Many of those who held pro-Ukrainian views in Crimea left after the annexation, and most of those who have stayed prefer to keep quiet, because the space for dissent has shrunk.

For many, the trade blockade and electricity blackout has only reinforced their dislike of Ukraine. Even if they are hugely disappointed by events since Crimea was taken over, they still do not regret the move.Leonid Kuzmin, a pro-Ukraine activist, was put on trial last year for organising a small rally to celebrate the birthday of the Ukrainian poet Taras Shevchenko. He subsequently lost his job as a history teacher and now works as a dental assistant and has stopped organising public events after repeated threats from Russian security services. When he last travelled to Kiev, Ukrainian border guards stopped him for six hours at the border and accused him of being a separatist, underlining the difficulties faced by those who support Ukraine and decide to stay in Crimea.
Zubkov was born in Russia but studied in Kiev and is married to a Ukrainian. He said he previously had the warmest feelings towards Ukraine, but that nationalist slogans during the Maidan revolution and the sight of Lenin statues being pulled down across Ukraine led him to throw his weight behind the Russian annexation.
“I remember walking through Maidan, and it scared me, frankly. Of course more and more people are disappointed here these days but I still think the historical process of becoming part of Russia was right,” he said. He still hopes Moscow will sort out the mess on the ground. If not, he will have no choice but to sell up and leave his animals behind, he said.
The member of the legislative assembly in Sevastopol said: “There are people here who are sober about the current Russian political system. This regime in the Kremlin is temporary, but what’s important is that we’re in Russia now, and that is forever.”
Автор: Пресс-служба парка львов "Тайган" на 9:02:00 PM 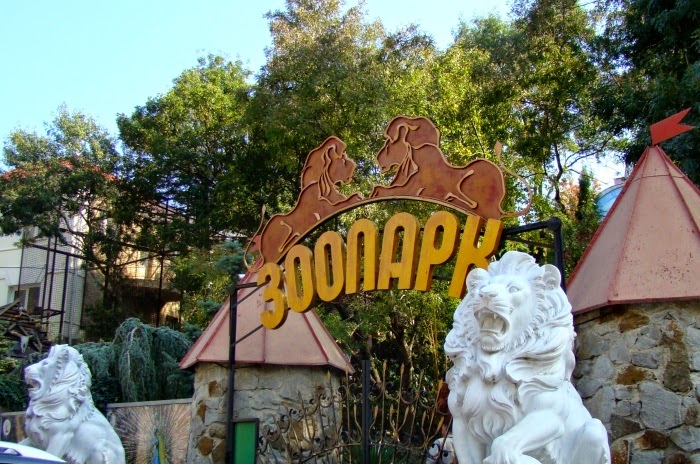 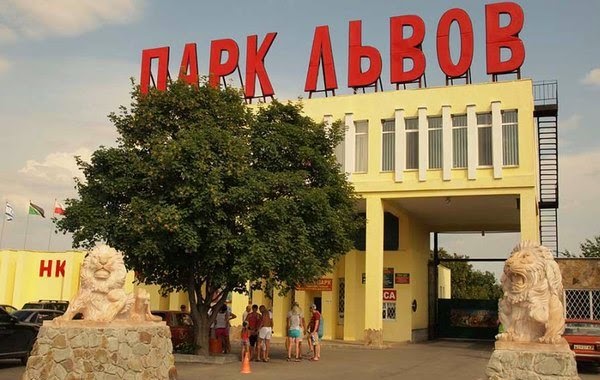